Children’s Hunger Relief Fund is proud to have supported and provided several hospitals and clinics in the West African nation of Ghana with medical supplies. Children’s Hunger Relief Fund also sponsors a feeding project for 300 children and mothers in Ghana. This feeding project was discovered when our CHRF team was in Ghana. The last day of the CHRF team’s trip to Ghana they went to a Liberian refugee camp where CHRF was sponsoring a food distribution for 300 children and adults. The refugees who had escaped their home country in the 90’s have been unable to migrate back as they have no food or money to take on their long journey home. The team shares about the experience,

“It was like walking into the twilight zone. Everything you thought you knew about the world falls apart. Children shouldn’t be so hungry that they are crying to their mothers for food. The same mothers that go without a meal for three or four days just so that their children can have one meal a day.”

“Then it hits you, the feeding that our project partners provide, that CHRF donors have helped to provide, is one of the only things keeping these people going. They are so grateful for so little. Just 25 cents a meal provides them with so much hope.” This Baby-Girl was crying out of hunger. Now, thanks to CHRF Donors and our partners she has a meal to fill her stomach.

I spoke with mothers whose children and husbands have died. They had been through so much pain and sadness it was really unbelievable. Instead of giving up hope they had adopted orphaned children who had lost their parents. They also set examples for the other mothers, these women are the leaders of the group, leading with an inconceivable and amazing strength from within.”

Brant also shared about his time feeding the children,

“With the support of our donors we hope to continue funding and sponsoring our partners to continue this great feeding project. Up to 800 children come every day just to find what many times will be their only meal. Before we passed out food, the leader of the camp asked us to pray. I prayed that the people would know and trust that there are others out there like CHRF donors who would continue to support them and that they wouldn’t give up the hope that keeps them alive everyday. The situation was so sad, little children laying on the floor, little girls crying because their stomachs hurt so much from hunger. To see them smile when we handed them food, you would have thought we were performing a miracle, and maybe to them, thanks to our CHRF donors, we were.

The mothers and children we so grateful and kept saying thank you. I told them that it was the CHRF donors who made this feeding possible. I wish I could somehow explain just how much this meant to them. They wanted to make sure that I expressed their gratitude to all of our CHRF donors who have made this miracle possible.”

Well endowed with natural resources, Ghana has roughly twice the per capita output of the poorest countries in West Africa. Even so, Ghana remains heavily dependent on international financial and technical assistance. Gold and cocoa production and individual remittances are major sources of foreign exchange. Oil production is expected to expand in late 2010 or early 2011. 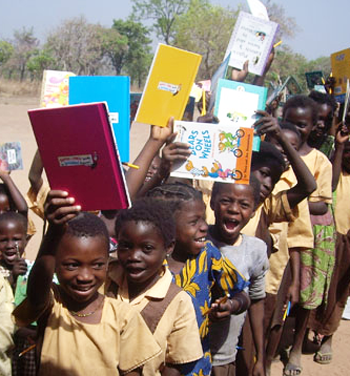 The domestic economy continues to revolve around agriculture, which accounts for more than a third of GDP and employs more than half of the work force, mainly small landholders. Ghana signed a Millennium Challenge Corporation (MCC) Compact in 2006, which aims to assist in transforming Ghana's agricultural sector. Ghana opted for debt relief under the Heavily Indebted Poor Country (HIPC) program in 2002, and is also benefiting from the Multilateral Debt Relief Initiative that took effect in 2006. Thematic priorities under its current Growth and Poverty Reduction Strategy, which also provides the framework for development partner assistance, are: macroeconomic stability; private sector competitiveness; human resource development; and good governance and civic responsibility. Sound macro-economic management along with high prices for gold and cocoa helped sustain GDP growth in 2008 and 2009. 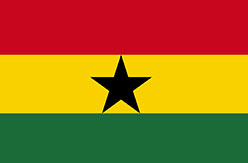