CHRF works hard every year in order to provide valuable pharmaceuticals to our medical distribution partners and within our networks of clinics and hospitals around the world. Over the past years, the CHRF Board Of Directors has decided to focus on providing donations to our partners in Honduras in order to maximize our impact and help provide “in kind” support (our medicines) where it is so desperately needed. CHRF has had the pleasure of working with the same partners in Honduras for many years and we can’t imagine a group of doctors and health professionals who are more dedicated to helping their people in any way possible.

Pictured are some of the medicines that are donated and distributed to desperate local hospitals and clinics.

Our network of local clinics and hospitals make requests for medicines when their supplies run low. Sometimes our donated medicines can have less than two years of shelf life before they expire so it’s very important that the medicines are expedited to the suffering children and families that desperately need them. That’s why it was so thrilling when one of our donations was distributed in just FOUR DAYS! That’s an entire shipping container of medicine distributed in just 96 hours! This real life example of our expedited distribution is just one illustration of how desperately these local clinics and hospitals need the medications that together we are able to donate. We received live expressions of thanks and gratitude, and pictures from the distributions on the ground. The people never cease to be so grateful for their medicines despite their health conditions.

Honduras, the second poorest country in Central America, suffers from extraordinarily unequal distribution of income, as well as high unemployment and underemployment. The economy relies heavily on a narrow range of exports, notably apparel, bananas, and coffee, making it vulnerable to natural disasters and shifts in commodity prices; however, investments in the maquila and non-traditional export sectors are slowly diversifying the economy. Nearly half of Honduras's economic activity is directly tied to the US, with exports to the US equivalent to 30% of GDP and remittances for another 22%.

The US-Central America Free Trade Agreement (CAFTA) came into force in 2006 and has helped foster investment, but physical and political insecurity may deter potential investors. The economy is expected to register marginally positive economic growth in 2010, insufficient to improve living standards for the nearly 60% of the population in poverty. Despite improvements in tax collections, the government's fiscal deficit is growing due to increases in current expenditures from increasing public wages. Tegucigalpa lacks an IMF agreement; its Stand-By Agreement expired in April 2009 and former President ZELAYA's commitment to a fixed exchange rate undermined a follow-on. 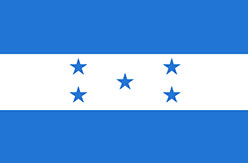