CHRF is committed to helping impoverished and neglected children and families right here in the USA. In the heart of the wealthiest nation in the world, in one of the wealthiest communities, children are still abused, neglected and abandoned. Unlike the undeveloped “third” world where war, disease and famine drive circumstances against children, in America its drug and substance abuse. To a child it’s all the same. A child victim of parental neglect in America creates the same results, a child in profound crisis. Children, who have been expelled from school and fallen through the cracks in the social safety net of the welfare state, didn’t get there because all is well at home. These are just a few of the countless examples of assistance we work with our partners to provide to hungry kids in some neighborhoods in America.

Kyra was 6 years old when she came through the doors of our project partner accompanied by Child Protective Services, and a single mother who was completely out of control.  She had been in four different schools, was despondent, underweight, and would routinely “steal food” and hide sandwiches, crackers, and fruit in her pockets, jackets and cubby. Because she didn’t have enough to eat at home she gorged at school.

The first step to relieving the sense of being frantic, anxious and threatened was to make sure the whole family had enough food. Arrangements were made with Kyra’s mom to pick up a food basket every week when she came in to “volunteer”. Food was the bait to get her “in house” so she and Kyra could receive the help they desperately needed. It took an entire school year to get mom into drug rehab and provide the counseling Kyra needed to help with the issues she was dealing with, including malnourishment, learning how to eat healthy and appropriately, and trusting there would be food available at each meal.

Kyra is now 11 years old, and graduating from elementary school with the “Most Improved Student” award. Mom is clean and sober, participating in parenting class, is in regular Personal and Family counseling and maintains close communication with Kyra’s teachers. Kyra is on the Honor Roll and has worked hard to remain there for two years. She has grown into a beautiful young girl, worried about having a new graduation dress instead of where her next meal is coming from.

Dasia and her grandmother were living in the homeless shelter around the corner from our project partner’s campus. When Dasia enrolled in the program she was living with her Grandmother because her mother had permanently lost parental custody after multiple drug addiction issues. The problem, Grandma was now secretly using too.

Soon Dasia and Grandma found a teeny apartment to live in to escape the rescue mission, but now food became an issue. Dasia didn’t want anyone to know she didn’t have enough food to eat at dinnertime and over the weekends. The staff suspected something when they discovered Dasia was sneaking some of her snacks and lunch on Fridays and taking the food home in her backpack. A caring staff person invited Dasia for an afternoon walk and offered to listen to her “Wish List”.

She shared her dream to go to college and never get involved in drugs and alcohol and become a lawyer that could help children like herself. Food popped up several times in the conversation. Her wish list was full of requests for everyone but herself. The one item on her list for herself was food. “I wish the cupboard and refrigerator would just be full of food”.

For a start food to go home in her backpack that she could open and eat whenever she felt hungry provided. Next Grandma (who denied there was a need for food) was brought into the conversation and asked her to participate in our nutrition program where bi-weekly food baskets would be sent home with her.  After three months of attending the classes, Grandma asked for help with drugs, enrolled in the local Junior College to study nutrition. Dasia graduated in June 2010 from elementary school with honors.

Manny had been “invited out” of the school he was attending due to his misbehavior.  Manny had been a witness to his mothers beating death in the Los Angeles area when he was five years old.  He was taken from the Foster Care system and moved in with an Aunt and Uncle who already had six children they could barely feed. Manny had never received any counseling for his broken heart and horrid nightmares so that was the first business at hand.

The staff noticed that Manny hardly ate at all.  After five months in the program, and feeling loved by his classmates and teachers he finally opened up about the fact that his Aunt and Uncle had very little money.  Manny shared that his cousin told him constantly that if it weren’t for Manny his family would have enough food and money and that it was entirely his fault that his family was poor.  We immediately brought in his Aunt and Uncle and told them about our wonderful “food basket program.”

From Manny’s Aunt and Uncle it was discovered three of their extended family members had died in gang related crimes and left three children orphans.  This wonderful Aunt and Uncle tried to care for all of these children as well as two of their own and Manny all by themselves with little to no resources.  Through the program we were able provide weekly food baskets for this family living in so much pain.  Lately, Manny has been eating up a storm every day, as every growing boy should.

When Chayton’s father left the family the boys were crushed.  Chayton was especially angry that another woman was involved; his hero had abandoned him and his brother and mother and left them penniless.  Chayton was so depressed and tried to take care of his mother by writing her notes of love and hope.  Though the notes were appreciated, they didn’t provide dinner at night.

After Dad was gone for a month or so, Chayton came and asked me if I could help him feed his mother and brother.  He told me not to worry about him that he was fine; it was just his mother and brother.  Trying to hold back the tears brought on by this selfless young boy being so brave and thoughtful wasn’t easy.  He also said any help would have to be a secret because his mother would be angry if she found out that he told me what was going on.  A secret “food drop” plan was invented!

Mom worked on Saturday’s so the boys were home alone.  Chayton and a staff member made a deal that food would be delivered every Saturday and he would tell his mother that it just showed up on the porch while she was at work.  That planned worked for about a month and Chayton was so proud that his mother accepted the food and didn’t ask where it came from.  One day this staff member came to work and found a card on her office door with a rose.  The note said, “thank you to our secret angel” and from then on, Chayton’s mom and that staff member would hug in the hallways whenever they ran into each other.  No words were ever spoken but her appreciation was heart melting. 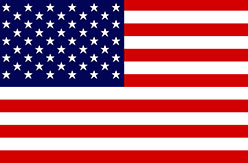