Martha Mwangi was a remarkable woman. Her husband is a successful businessman who operated a petrol distribution company and in the context of Kenya’s economy they were a family with some means. Martha was not the kind of woman who sat around and waited for someone else to get something moving. In her village in North East Kenya the impact of HIV/AIDS was so devastating it moved her to take compassionate action.

One of the cruelest consequences of AIDS is the impact on children who lose parents to the disease and are left exposed to the already harsh realities of life in Africa. AIDS orphans in Sub Sahara Africa are not in short supply. Martha decided to use her family property to build an AIDS Orphanage and provide food and housing, education, and health care to AIDS orphans in her village.

There are different definitions of AIDS orphans in Africa. The loss of one parent is so sever on the extended family the child is considered an AIDS orphan if only one parent has been lost to AIDS. When both parents are lost the burden falls to aunts and uncles and great nephews to help out, but often there are so many relatives lost to AIDS in the larger family units, the burden becomes unmanageable in a society wracked with poverty and illiteracy.

The Pomoja Orphanage was born in 2004 out of Martha’s (affectionately known by the children as “Mother”) dedication and will to protect these most vulnerable children. By 2009 Pomoja had grown to 40 children who are provided with housing, food, education and medical attention according to their individual needs.

Martha decided to set the standard for her orphanages at the most sever definition. Her orphanage would accept children who had not only lost both parents to AIDS, but who themselves were HIV positive (30 children are HIV positive and 20 are on ARV drugs) and need ongoing health supervision.

In July 2009 Martha died suddenly and unexpectedly of stomach cancer and left the fate of these 40 orphans in doubt. Without Martha’s personal commitment to these children there was a huge vacuum to be filled. This many HIV positive children would be very difficult to integrate into existing orphanages and the special attention needed to supervise so many individual children’s unique medication and health needs (outside the walls of Pomoja) created an urgent necessity.

The local community is organizing to create a board of directors to oversee the long-term maintenance of Pomoja Orphanage, drawing on local Tribal, Government and Christian leaders and their strained resources to provide ongoing funding for Pomoja. A request was made to Children’s Hunger Relief Fund to assist by funding a medical assistance team to oversee the health needs of the children for 12 months while the local community leaders pulled together funding sources to keep the children together and cared for. CHRF’s contribution to extend medical supervision through a reliable local medical initiative we also fund helps to make the future for these 40 children more optimistic.

Ethnic bloodshed and terror in Kenya have been the result of a disputed election in December 2007. More than 900 people have been killed and 300,000 have been uprooted in violence from their homes, many of which have been torched.

The displaced people who were forced out of their homes with only the clothes on their back are living in makeshift camps. Life in these camps is treacherous, especially with women and children being abused. The cold and rain without proper shelter is causing additional suffering.

Although the children at our Samaritan Children’s Centers and staff at Lifewater Kenya are safe, they have still been affected by these protests.

The Director of the water development program said, “Some projects cannot be done at this time for they are in areas where if you do not belong to that tribe you might end up losing your life. … Currently we are doing first the projects near us due to the safety of our staff.”

These eleven children from Nakuru Showground field were the first of many that have been saved and brought to our Samaritan Children’s Center. The children are either orphans or don’t know if their parents are dead or alive. All of these children are now receiving food, housing, an education and medical care — Thanks to you!

We are assisting displaced people where possible, especially through feeding programs and finding a safe place to stay. Food, clothing and kitchen wares are being provided to help with this transition. 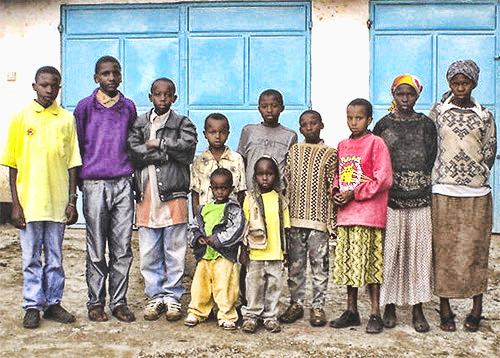 There are no smiles on these 11 displaced children’s faces. What are they feeling? Terror, anger, confusion? Imagine being violently forced out of your home. Imagine not knowing whether your parents were dead or alive. Thank God, they are at least safe and being cared for in our Samaritan Children’s Centers.

HOW LOVE SAVED FOUR CHILDRESaving the World – One Child at a Time…: Amos' Story

Amos used to live on the streets, scavenging for food in the city rubbish dumps along with the other street children -- and the rats and stray dogs. All he had was the clothes on his back. He never thought about the future. It was all he could do to survive. Somehow Amos found his way to our Samaritan Center in Nairobi. As you can see from the picture, his life has been transformed. He is now a happy, laughing child who wants “to grow up and become a good man.” Thanks to Good Samaritans like you, Amos will now have that opportunity.

It began in a single cramped room when two Good Samaritan teachers chose not to "look the other way". Moved by the plight of the scores of abandoned children living in their streets, they began to provide a place for them to receive a hot meal and some basic schooling.

Unfortunately, the children had to return to the streets at night because there was no where for them to sleep. This was heart-breaking to the teachers. 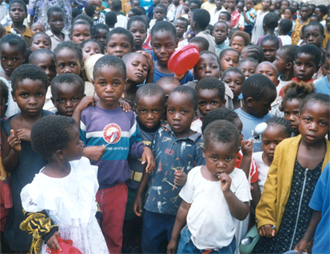 Enter a few more Good Samaritans in the form of donors like yourself. Children's Hunger Relief Fund collected enough donations to help purchase land and building materials and a home for the children was established. Twenty former street children now have a nurturing environment in which to grow and develop. Hundreds more receive regular nutritious meals.

The teachers' dream is to provide all of these precious children with a permanent home. This is not an impossible dream. We just need a few more Good Samaritans. 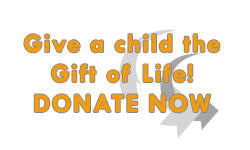 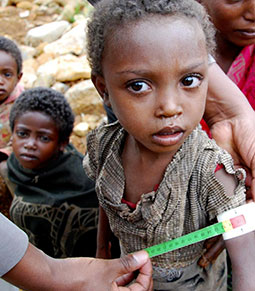